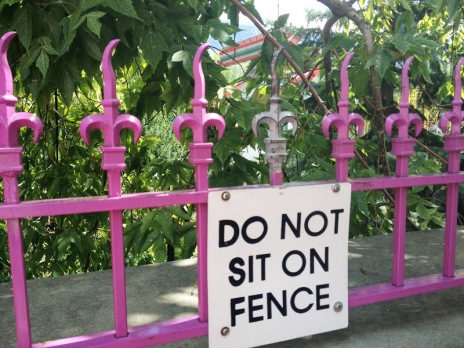 You can see invisible signs everywhere!   They can be found in parking lots, airports, workplaces, and pretty much any public place.  They are incredibly easy to make.  Below are two of the generally industry accepted ways to make an invisible sign.

Invisible signs are a clear warning that something is wrong and you need to look deeper.  In the first example, these type of invisible signs may indicate that root cause has not been determined.  Installing an all too obvious sign can be a ‘sign’ that action for the sake of saying action has been taken is at play.  Unfortunately, often this is done following a safety incident.  Those doing the investigation don’t know what else to do.  It was a “freak” incident, or the person wasn’t following the safety rules or paying attention.  However, what this invisible type of sign is saying is that root cause has likely not been determined and further analysis is required.

and/or leadership issue.  No adult likes to be treated like a child, yet we see it far too often.  No doubt, sometimes in the workplace things arise that makes you wonder, but you need to ask yourself, which came first?  Were the employees acting like children first, or were they treated like children first?  This type of invisible sign shows that there is likely a cultural issue going on.  Typically along with that is a leadership issue as well.  I say there is likely both because the nature of these invisible signs actually points to a less than desirable culture.  The leadership, in an attempt to curtail undesirable behaviours, put up signs rather than recognize and address the deeper rooted cultural concerns.  This then spirals, creating an environment where leadership treats the employees as children.  Of course this can happen the opposite way, where leadership starts by treating the employees as children which creates an undesirable culture.  Either way, the posted signs serve no other purpose but to drive this poor culture creating a respect issue between the leaders and employees.

Here’s my favorite…. this was not staged! 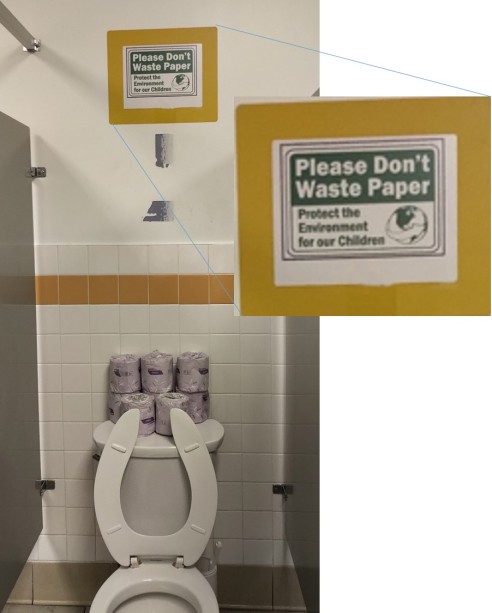 Who the heck needs standards?

If you are enjoying my posts and find the information useful, please “Follow” me by entering your email in the follow box on the right-hand menu of my website www.glennsommerville.com

An experienced manufacturing and operations executive with a passion for Leadership and Continuous Improvement. View all posts by Glenn Sommerville

© Glenn Sommerville and glennsommerville.com, 2017-2021. Unauthorized use and/or duplication of this material without express and written permission from this site’s author and/or owner is strictly prohibited. Excerpts and links may be used, provided that full and clear credit is given to Glenn Sommerville and glennsommerville.com with appropriate and specific direction to the original content.