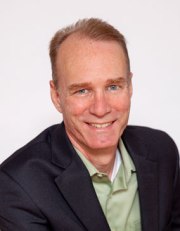 Glenn Sommerville is a manufacturing and operations leader with experience working for great companies such as Honeywell, Toyota, BlackBerry and Amazon in various senior leadership positions.  With a strong desire to coach and mentor, he hopes this blog will be of interest to other leaders that share his passion for Leadership and Continuous Improvement.

Glenn is the co-founder and Managing Director of High Performance Leaders Inc. (HPL).  Frustrated by seeing leaders and companies alike, not achieving their potential of high performance, HPL was created to re-invent the way leaders are developed.  Through deliberate practice, HPL develops the skills and essential habits a leader needs to create alignment between the leaders, the management systems, and the organization’s culture.

Until starting HPL, Glenn was the Regional Director of Operations (Country Leader), responsible for the Amazon fulfillment operations across Canada.  Preparing and executing huge year-over-year growth to build out the Amazon network in Canada was a primary focus for Glenn, adding a new Fulfillment Centre each year since joining Amazon in 2014.  Recruiting and developing Canadian leadership talent was also a top priority to staff and manage the Canadian operations and scale the business.

Glenn graduated from Ryerson University’s Bachelor of Engineering program with a minor in Computer Science, is a licensed Professional Engineer and holds an MBA from Herriot-Watt University.

Beginning his career in aerospace electronics at Honeywell in Mississauga Ontario, Glenn experienced one of his most prized career achievements leading a cross-functional project team code named the “One Site Solution”.  Glenn led the project from concept through implementation, consolidating seven manufacturing and design facilities into one state-of-the-art greenfield facility.  Here Glenn was schooled in Project and Change Management.  Following the successful transformation, he became Director of Operations, responsible for manufacturing within the business unit driving culture change and implementing lean and flexible work cells.  Glenn started at Honeywell as a student cutting grass while completing high school and starting university.

Glenn left aerospace for a career in the automotive industry joining Toyota in Cambridge Ontario, initially having responsibilities for the Corolla/Matrix vehicle engine plant and logistics for two vehicle assembly plants.  Glenn learned the hard way what TPS (Toyota Production System) really meant and earned his stripes in continuous improvement on the manufacturing floor through daily management and rigorous hands-on training and development in Japan by the TPS experts.

With his One Site Solution and culture change experience, Glenn was selected to lead the plant start-up of the first Lexus vehicle plant outside of Japan.  Creating the training program and training all employees in the plant on “Lexus Mindset”, he set the stage for the highest quality and to exceed customer expectations at all levels.  Following the plant production start up, Glenn became General Manager of the plant, and with all Team Member’s commitment, they achieved top quality performance within Toyota and received the prestigious JD Power Gold Plant Award for the plant with the highest initial quality for a vehicle plant within North/South America.

Prior to joining Amazon, Glenn had returned to his roots in the electronics industry at BlackBerry, where he was the Vice President of Manufacturing Operations and NPI.  Before leaving BlackBerry for Amazon, he was responsible for manufacturing operations from design prototyping to high volume production ramp up at the contract manufacturer’s sites globally.

© Glenn Sommerville and glennsommerville.com, 2017-2021. Unauthorized use and/or duplication of this material without express and written permission from this site’s author and/or owner is strictly prohibited. Excerpts and links may be used, provided that full and clear credit is given to Glenn Sommerville and glennsommerville.com with appropriate and specific direction to the original content.